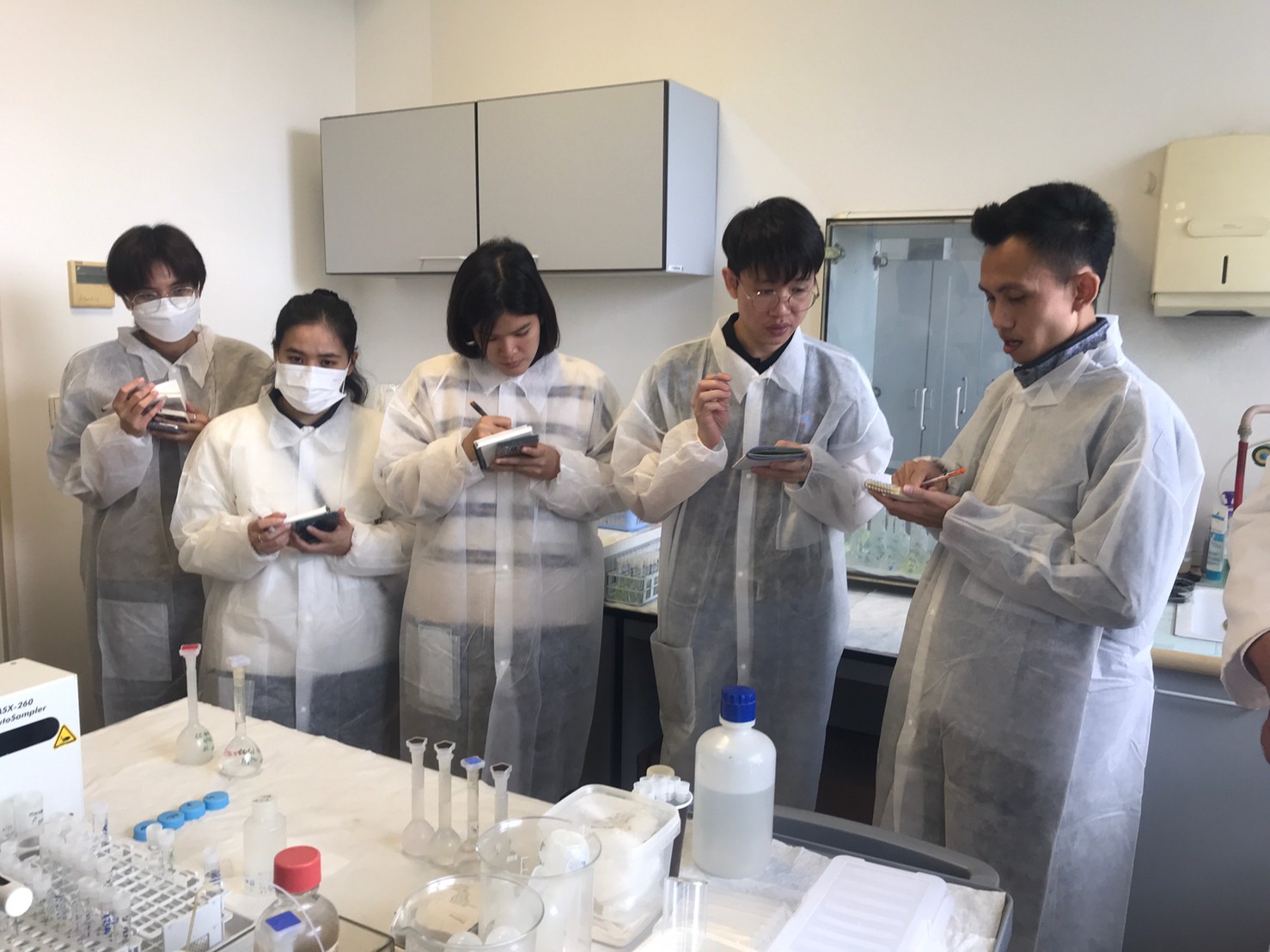 Ing. Jan Rosmus, Head of the Department of Chemistry and Deputy Directory of the institute brought the team around the Dioxin lab, all the while describing the equipment and processes conducted in the institute. These included Gas chromatography – mass spectrometer or GC-MS, inductively coupled plasma mass spectrometry or ICP-MS and various other equipment. This allowed EARTH team to better comprehend the process of testing for “Persistent Organic Pollutants” or #POPs, a class of pollutants still found in the environment in #Thailand today.

According to Rosmus, the laboratory falls under the Ministry of Agriculture of the Czech Republic. It received 50-60% of its funding from the government, the rest from services provided to other private entities. Food products, sent for quality checks, make up much of the samples tested here. The contaminants found in this lab have included pesticides and others. But of EARTH’s concern are the POPs, so called “persistent” because of their ability to contaminate the environment for long periods of time. Aside from dioxins, the institute has also begun piloting on testing of Per- and polyfluoroalkyl substances (#PFASs), a type of chemical notoriously known as “Forever Chemicals”. This came after the mandated this year the testing of PFASs in products.

Akarapon Teebthaisong, EARTH’s Research and Technical Officer said that EARTH had worked with Arnika Association to test for POPs in chicken eggs in Thailand. Most of the chicken eggs collected from the areas suspected of having POPs contamination were sent to this laboratory. The results show contamination of dioxin/furan in chickens raised around areas where electronic waste (e-waste) burning and dismantling, and industrial metal smelting had occurred. The amount of found in these samples exceeded the standard level accepted in the European Union by 33 folds.

This result shows that there was contamination of POPs in Thailand and that it has penetrated the food chain. This, according to Akarapon, means responsible agencies in Thailand should immediately investigate.

Chutimon Thowsakul, another Research and Technical Officer said it was a great experience visiting this lab. “I see the significance countries in the EU accord to processed of testing for pollution in products. Indeed, such processes – testing for dioxins for instance – require high funding, meaning that the operation of this institute can be quite costly. Only with governmental supports can this be done.”

Among the POPs EARTH is most concerned about is indeed dioxin, a carcinogen that the Stockholm Convention on Persistent Organic Pollutants says of which parties must try to reduce emission. Thailand is one of the parties of this convention; it came into effect since May 1st, 2005. Currently, the #StockholmConvention lists up to 29 POPs under its control – these include some being listed for elimination.

In any case, Thailand faces a lot of limitations in following the National Implementation Plan for the Stockholm Convention. It still lacks an information base on the sources of POPs emission, the issue on which the convention affirmed the need for the establishment of a Pollutant Release and Transfer Register of PRTR system – which requires polluters to report types and amount of chemicals it releases into or transported through the environment. However, lacking the PRTR system, Thailand has no established information base on POPs emission.

“Chicken eggs as an indicator of POPs pollution in Thailand” https://earththailand.org/en/document/64