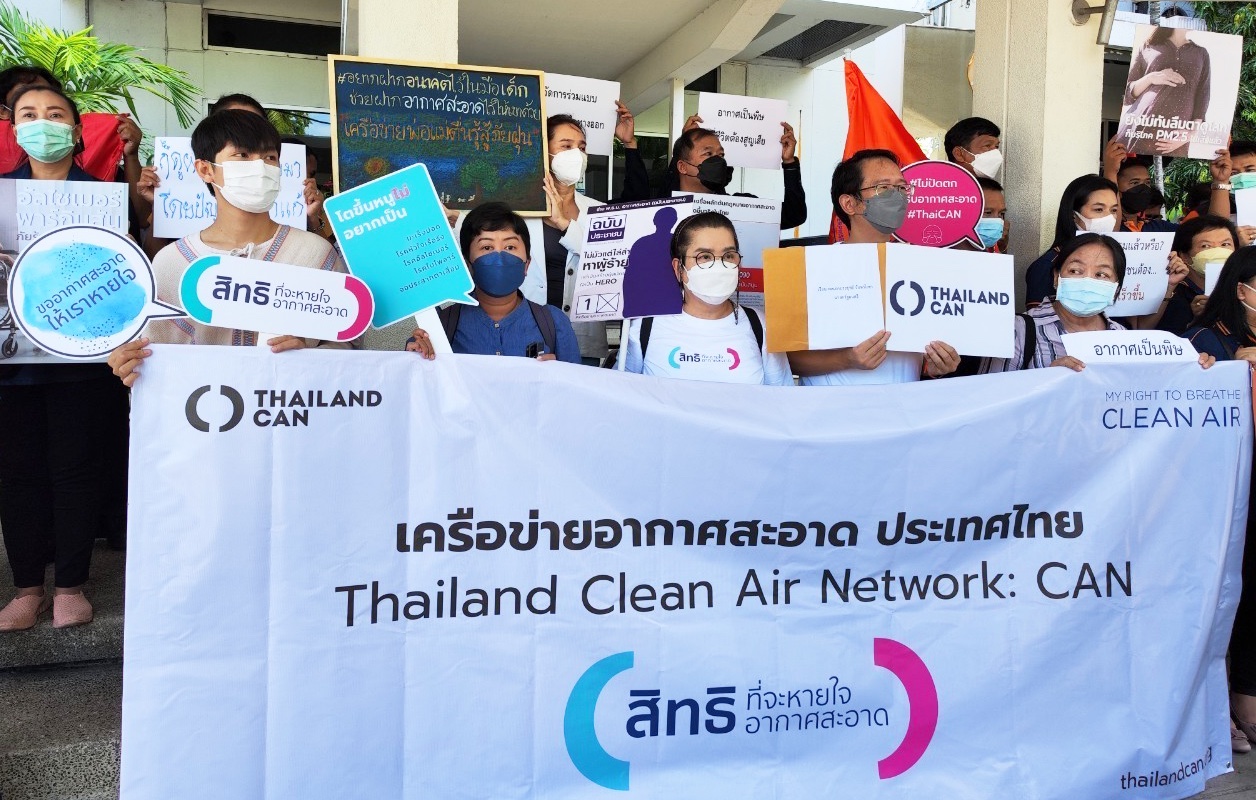 Near-hundred citizens led by Thailand Clean Air Network and its civil society allies gathered at the Thai parliament, where they submitted a letter calling on the government not to kill the “Draft Act on Comprehensive Management of Clean Air for Health B.E. …”.

This came after rumors spread of the prime minister’s intention to reject the draft bill, which was submitted by Thailand Clean Air Network with the support of 22,251 citizen’s signature earlier in January. However, since it was considered to be “financial related law”, it must be approved first by the prime minister.

Assoc. Prof. Dr. Kanongnij Sribuaiam, the founder of Thailand Clean Air Network had been fighting for years against the worsening PM2.5 pollution in Thailand. She became worried after the aforementioned rumors. Hence the decision of the network and its allies to the parliament today.

“To reject the citizen’s draft act,” Dr. Kanongnij said as she reads the statement by the network, “would be a show of disregard to the people to whom the sovereignty of the nation belongs. It would be a violation of citizens’ rights to participate in lawmaking.”

“Air pollution is a chronic problem that is multiplying in many areas of the country,” Dr. Kanongnij continued, “nowadays citizens have to breath in large amount of polluted air for extended periods of time. This has led to acute illnesses, sudden deaths, and long-term health problems. Air pollution particularly affects vulnerable population: children, pregnant women, elderly, those with long-term illnesses, and workers that toil in open air and are exposed to far greater risks.”

For its part, Ecological Alert and Recovery – Thailand (EARTH) says “one of the key contributors to air pollution in Thailand are industries, which the government has struggled to control. This draft act’s specialty is that it enhances the implementation of the law, decentralizes power and knowledge to local authorities and civil society, arming citizens with the power to guarantee themselves the human right to clean air.”

Dr. Kanongnij concluded thus: “We call upon the government to accept the citizen’s draft of clean air act, so that it can be debated on the parliamentary floor – so that the voices of the people can be heard in their chamber.”