Local cry out as industrial fumes and foul affected their health 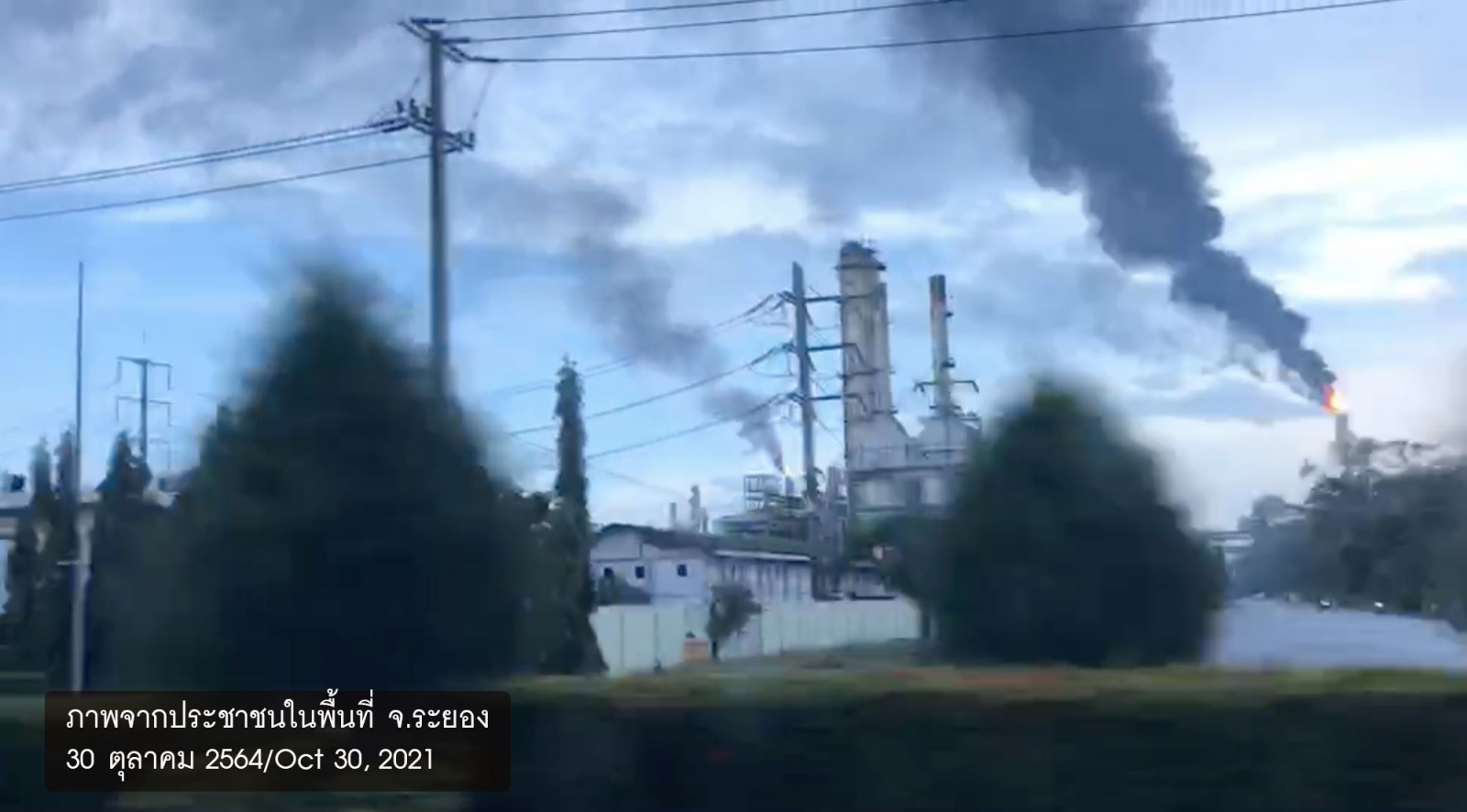 Commonly found in petrochemical and fossil fuel production areas, gas flares are a device used to burn off flammable gases. By the standard of the United States Environmental Protection Agency (USEPA), gas flares should strive to be smokeless. Smoking flares indicate incomplete combustion, and the release of airborne pollutants.

This latest case of smoking flare was reportedly a result of power outage, forcing the factory to redirect gases to the flare stacks. However, citizens say smoking flare is not an uncommon sight in IRPC’s factories.

For years, people have witnessed frequent occurrences of smoking flares. These are often accompanied by loud noises and foul smell from IRPC’s compounds. Many are concerned that pollutants from these flares could affect local people’s health, since the flare stacks are located close to local temples and schools.

These concerns led to the formation of various citizen’s right and environmental advocacy groups, supported by academics, NGOs and local leaders. This coalition has demanded that:

The demands did not end frequent cases of smoking flares, according to locals. However, citizens in the area have become more vigilant of IRPC’s operation and pollution tendency, for instance by taking videos of unusual smoking gas flares.

Located in the industry-heavy eastern coast of Thailand, the IRPC industrial area is one of the largest collections of petrochemical industrial factories in Southeast Asia. Since 2013, its factories have expanded in size and capacity. At the time, its expansion was met with significant resistance from local citizens.

Today, IRPC is one among many companies benefitting from the government’s Eastern Economic Corridor (EEC) initiative, which promotes industrial expansion in Thailand’s three eastern provinces – Chachoengsao, Chonburi and Rayong.

With this policy coming into full gear, the tension between polluting factories and local citizens will likely continue to grow in this region.