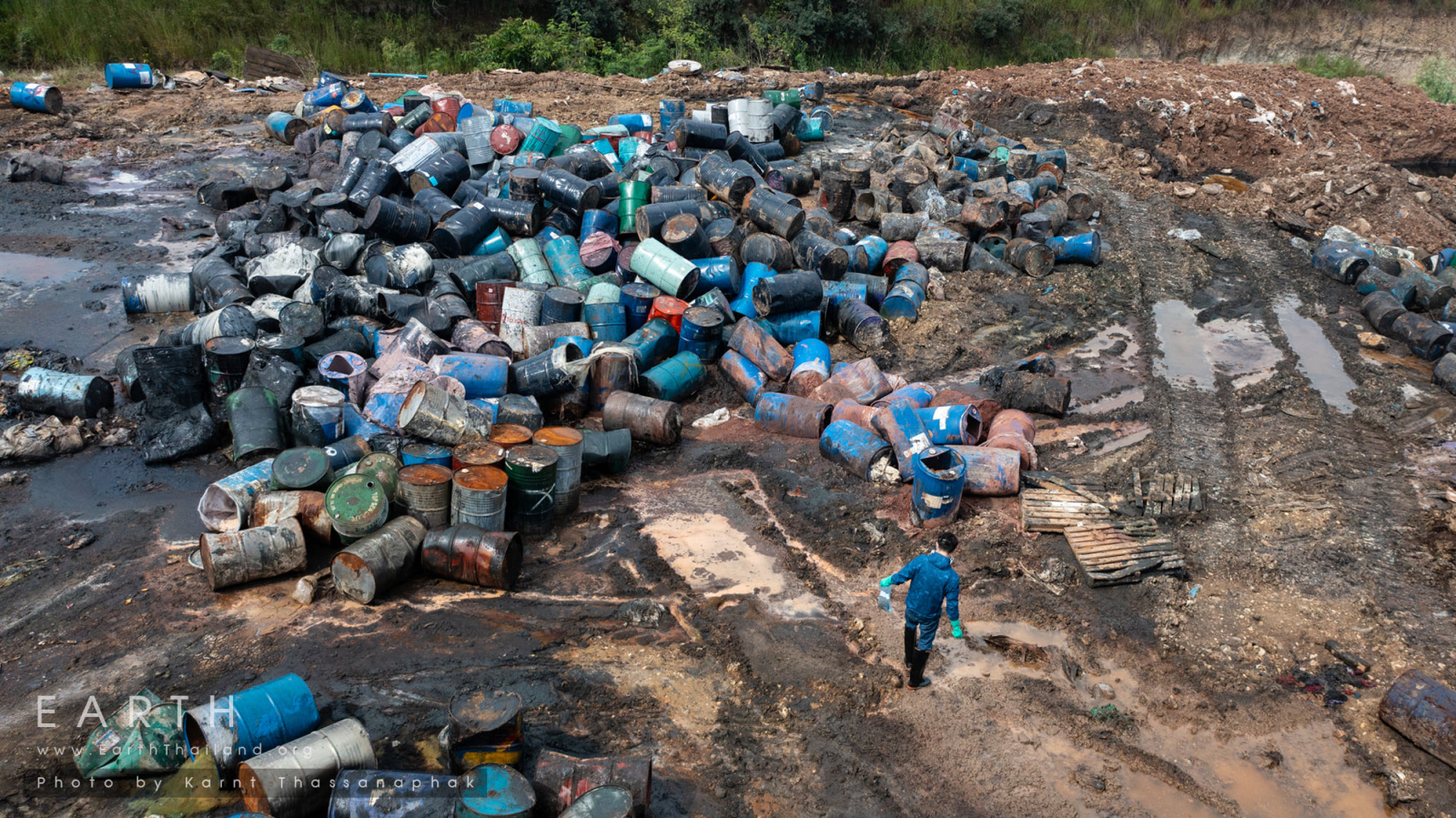 At the first and main site, EARTH officers observed large number of 200-litre barrels that had been squeezed, causing unknown chemicals to leaked onto the ground. Locals stated that waste dumpers had used backhoe diggers to squeeze the barrels. Around the barrels were scatterings of various types of wastes including plastic. The waste piles emitted foul odor, reminiscent of industrial wastes and chemicals.

Some water puddles around the dumping sites were black-colored. Some had orange films floating on the surface. Below the dumping site, the team observed unidentified white substances scattered over a wide sloping area leading to a large pond located on a lower altitude to the dumping site.

EARTH’s technical officer expressed concern that these contaminants would cause pollution of the pond and the surrounding soil.

The officer further noted the VOC (Volatile Organic Compound) level in the air, which at various points reached up to 2000 ppb (parts per billion) – the maximum level that can be detected by the Atmoszense ATMOS-NB-H portable air detector.

Local farmers in the area added that the smell of chemicals affect people living as far as 2 km away from the site. Many locals had to temporarily relocate to escape the foul smell. Most are extremely concerned that they may not be able to continue their agricultural livelihood if the soil and water become polluted.

The second site is characterized by a large pile of gravels and soil, interspersed with unidentified goopy, viscous substances. The pile was located in front of the house and next to a public waterway.  At the time of the investigation, the area has the smell of shampoo and soap mixed with the odors of wastes similar to those noticed in the first site. Highest VOC level detected at 182 ppb.

EARTH will continue to observe and investigate the covert dumping situation, and to conduct further analysis of environmental samples from the sites.