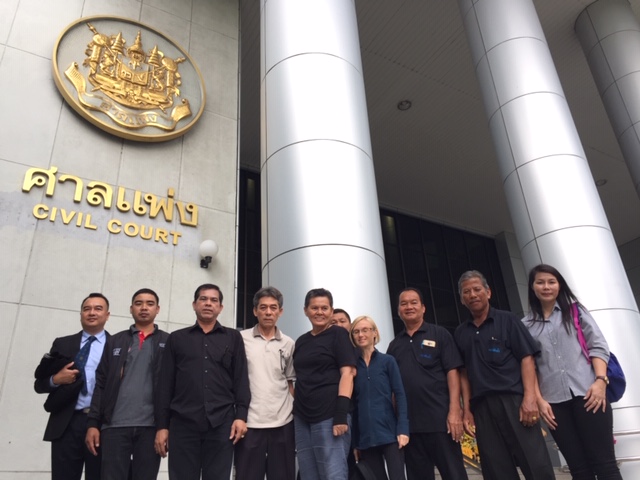 In April 2017, after uncounted complaints and petitions to numerous authorized agencies, three village representatives filed a complaint to the court against the company, demanding for 500 million baht for remedy and rehabilitation.

The case is also regarded to be the first court order to proceed as a “class action” in Thailand, as the court has accepted and granted three lead plaintiffs to represent a class of villagers.

In April last year, the court has issued an injunction to suspend the company’s operation after the villagers presented to the court a video showing the company workers dumping the chemical waste at its factory site.

Nevertheless, the mediation process presided over by the court on environmental rehabilitation measures, the company has failed to fulfill requirements as suggested and ruled by the court. As a result, the company’s suspension order will remain valid until the court rules.

Mr. Chamnan Sirirak, one of the plaintiffs’ lawyers, stated that the court was convinced by sufficient evidence that if the company is allowed to resume its activities, further damages would likely be affected to the villagers, and it would also create more financial burden for the company to compensate them.

And since the villagers refused for further mediation, the trial process of the civil court case was then scheduled to commence in August 2019.

The villagers also filed the complaint to the Administrative Court against the Ratchaburi Provincial Industry Office and other related state agencies, in order to have the company’s operating licenses revoked and to demand for compensation.