Thailand will be ready to rectify the Minamata Convention on Mercury by 2017, said PCD 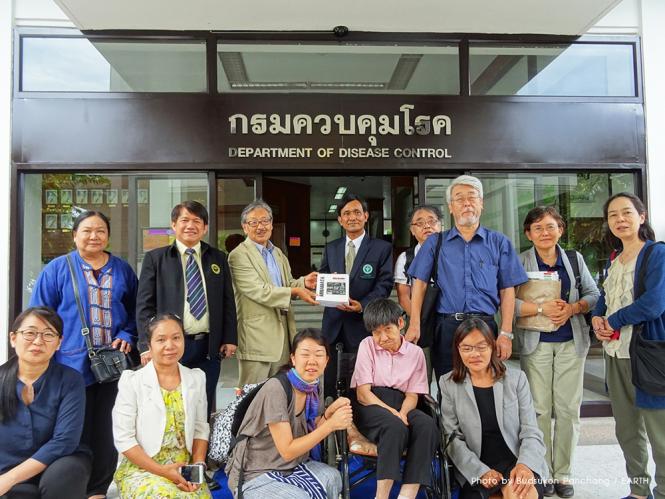 BANGKOK: On 10 September 2016, the organizers of the “MINAMATA@60: Learning from Industrial Disaster towards Sustainable Society and Environment”, including academics from Thailand and Japan, together with Ms. Shinobu Sakamoto, a Minamata Congenital disease patient, had a meeting with the Director General of Pollution Control Department (PCD), Dr. Wijarn Simachaya, to present the issues on Minamata disease and mercury control.

The organizers also urged Thailand’s Pollution Control Department to make a strong effort to ratify the Minamata Convention on Mercury, a global convention facilitated by the United Nations Environment Programme (UNEP), to protect human health and the environment from the adverse effects of mercury.

Dr. Wijarn Simachaya revealed that the Ministry of Natural Resource and Environment has set up the Sub-Committee on Minamata Convention on Mercury, to manage on all needed procedures related to ratification. The task also includes the cooperation with the Ministry of Industry to review and amend the laws and regulations such as reducing the uses of mercury that would harm the environment, and eliminating the uses of mercury in some industrial products.

In the meantime the uses of the mercury in some medical products and equipment have been controlled by the government and several of them have already been banned for using.

On 12 September 2016, the group also met with the representative of the Office of the Permanent Secretary, the Prime Minister’s Office, the Deputy Director of Disease Control Department, the Bureau of Occupational and Environmental Diseases of the Ministry of Health, and the Chair of the Health Committee of the National Legislative Assembly, to urge the related state agencies to ratify the Minamata Convention on Mercury.

And according to the PDC, it is expected that Thailand will be ready to ratify by the end of 2017.