Investigations proved toxic contamination in pollution hotspots in Thailand. It is caused, in particular, by dioxins and other persistent organic pollutants (POPs). High concentrations of POPs were measured in soil samples, but most frequent by far they were found in free range chicken eggs.

The recently released studies 'POPs at four Thai pollutions hot-spots: Map Ta Phut, Samut Sakhon, Tha Tum and Khon Kean' and 'Chicken eggs as an indicator of POPs pollution in Thailand' were conducted by two-nongovernmental organisations, EARTH and Arnika as part of the 'Increasing Transparency in Industrial Pollution Management through Citizen Science' project funded by the European Union (EU) and co-funded by the Ministry of Foreign Affairs of the Czech Republic.

“In the studies presented today, we focused on persistent organic pollutants, such as, for example, dioxins, hexachlorobenzene, and polychlorinated biphenyls,” said Penchom Saetang, the EARTH Director, when commenting on the results. “These chemicals are regulated by the Stockholm Convention, ratified by Thailand in 2005, and our results should facilitate steps for reducing environmental contamination by these toxic substances. Because of that, we will deliver the results to Thai authorities,” said Saetang.

The purpose of the joint investigations of Arnika and EARTH is to obtain new information on the localities inhabited by people in communities potentially endangered by toxic substances. The new studies should help to map problems in communities living in the neighbourhood of industrial plants, and they will serve as a basis for proposing how to solve the situation in areas with the highest environmental burden.

Organic and inorganic samples such as fish, mollusc, chicken eggs, soil and ash were collected from the areas for inspections in 2016. Additional samples were also taken between 2015 and 2017. In additions, there were samples taken at Koh Samui and Saraburi

“People in Samut Sakhon need help because they live in the near neighbourhood of the polluting plants. This dangerous relation was confirmed by long-term investigations of children's health in the local community,” Jindřich Petrlík, Arnika's chairman, commented on the real impact of the studies.

Toxic chemicals out of the focus of interest

In the past, physicians have focused in particular, on monitoring levels of lead in blood in the area. “The results we published today show that dioxins, produced as by-products during waste burning and in metallurgical plants, may be a problem there, too. Because of that, it is necessary to prepare a plan for reduction of their emissions, particularly in this locality,” Petrlík said when outlining the necessary future steps.

In addition to dioxins, polycyclic aromatic hydrocarbons also present problems in Samut Sakhon, as well as Khon Kaen. “In some samples, we simultaneously measured higher levels of brominated flame retardants that are released from old electronic equipment and/or may be released from industrial plants using them. Their higher concentrations were found not only in Samut Sakhon, but also in Map Ta Phut,” added Akarapon Teebthaisong, EARTH's expert on toxic substances.

The study focusing on hazardous chemicals in chicken eggs also recommended more careful handling of toxic fly ash from power plants. According to the experts, the fly ash should definitely not be used for soil enrichment, as is done in some places. In this way, toxic chemicals may subsequently enter chicken bodies and, through them, the food of the Thai people themselves.

Thai limits for foodstuffs were exceeded in the case of eggs, namely concerning hexachlorocyclohexane and hexachlorobenzene. Both these substances had been used as pesticides, especially in the period of the Thai agricultural expansion in the 1950's and 1960's. However, hexachlorobenzene, found in the highest concentrations, is also formed as an unintentional by-product of combustion processes and in the chemical industry, similar to the above-mentioned dioxins.

“However, we have good news, too. We found that environmental contamination by polychlorinated biphenyls (PCBs), which had been used mainly in transformers in the past, is lower in Thailand than in other countries, for example in Kazakhstan,” said Petrlík with delight.

In addition, the analysis proved generally low concentrations of the investigated hazardous substances in fish, which form an important diet component of local inhabitants.

1/ Persistent organic pollutants (POPs) are industrially synthesized organic chemicals or unintentional products of chemical and combustion processes that persist over a long time in the environment. Many POPs were originally developed and synthesized for use during the 1930–40s. By the early 1970s concerns over environmental persistence and adverse effects on humans culminated in restricting POPs use in many countries. Subsequent restrictions and bans became worldwide by the late 1990s and early 2000s. POPs bioaccumulate are harm human health and living ecosystems in many ways. They can be dangerous in very low concentrations in the environment.

2/ Pollution monitoring studies in Thailand is a part of the "Increasing Transparency in Industrial Pollution Management through Citizen Science" project, funded by the European Union (EU) and co-funded by the Ministry of Foreign Affairs of the Czech Republic. It will enable affected communities to generate scientific evidence about industrial pollution causing environmental and health damages, to promote corporate accountability, and enable citizen access to information about environmental issues. The activities are implemented by local NGO Ecological Alert and Recovery – Thailand (EARTH) together with Arnika from the Czech Republic.

3/ Arnika is a Prague-based Czech non-governmental organization focused on nature conservation, toxics and waste, and public participation in decision making on environmental issues. Because the environment does not respect borders, we cooperate with many partners all around the globe. (Read more http://english.arnika.org/) 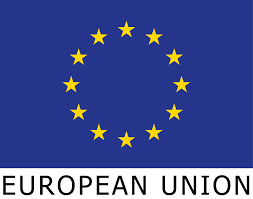 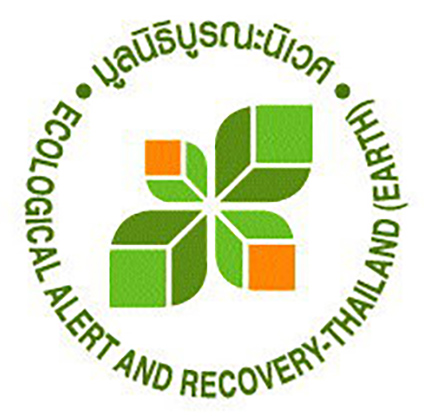