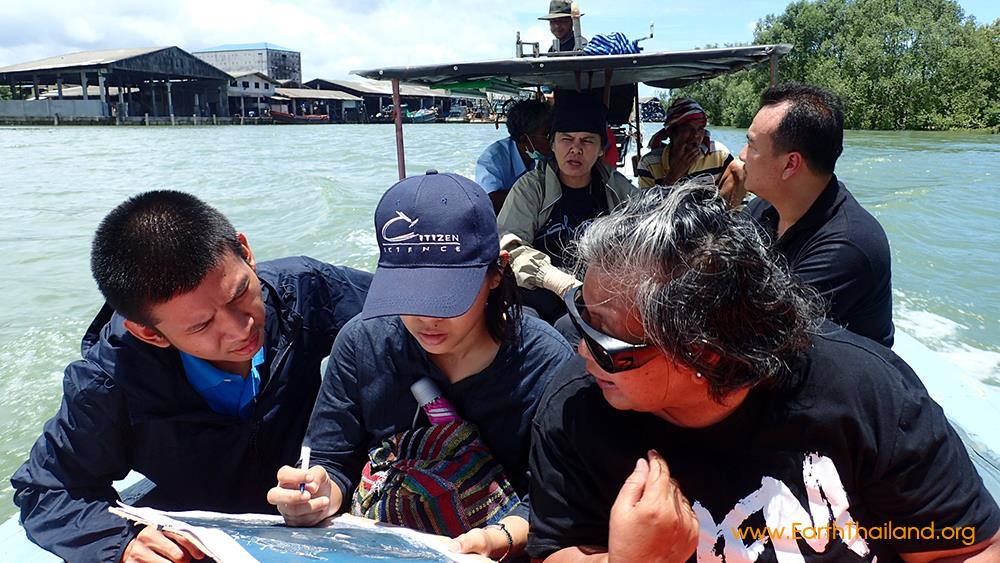 On 22-23 August 2017, a team from Ecological Alert and Recovery – Thailand (EARTH) visited the mangrove areas in Ranong province, southern Thailand, to collect the environmental samples after receiving the complaint from Ms Sureeporn Kulmaliwan, a local resident who lives 400 meters from a private company’s waste dumping site.

Ms Sureeporn complaints about the bad smell of the waste damping site and concerns that it would cause the pollution to the environment and destroy the mangrove areas as the dumping site is situated next to the natural waterway and mangrove forest, as well as the floodplain areas. 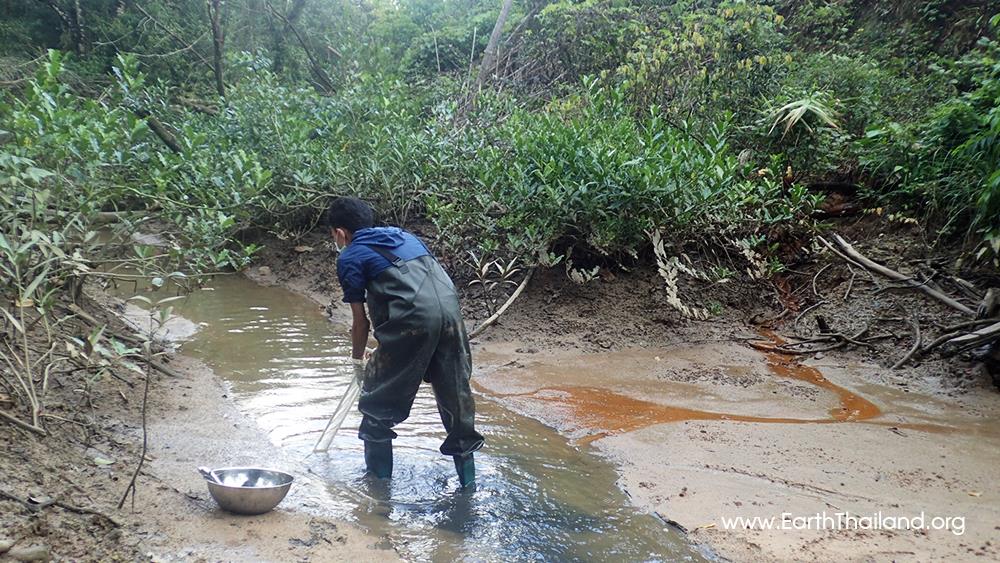 EARTH then has surveyed the waterways in the mangrove forest around the dumping site, and found traces of discharged water that leaked from the waste dumping site and wastewater pond. In addition, some soil and waste piles have also eroded into the waterway and mangrove forest. Comparably, it can be seen clearly that the soil and water conditions in this area have been deteriorated unlike other nearby places.