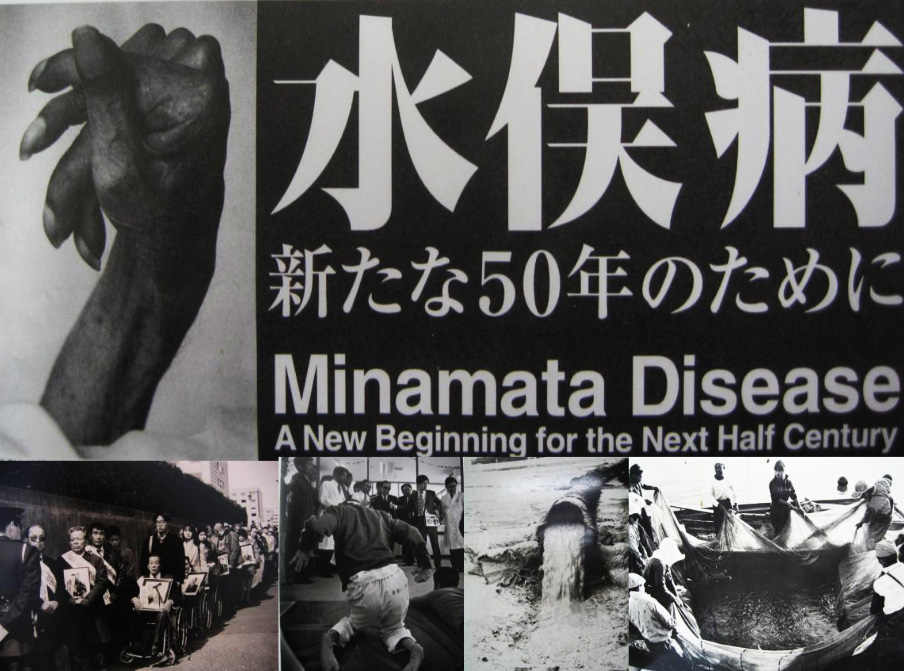 This study was conducted between March to June 2006 in Japan with personal interest as Thailand’s industrial development pattern has closely imitated Japan’s. At the same time, the Japanese government and Japanese corporations have interestingly roles in and influence on Thailand’s transformation from an agricultural-based to industrial-based economy. This is seen clearly in development of the Eastern Seaboard Development program (ESB) in the mid-1980s. 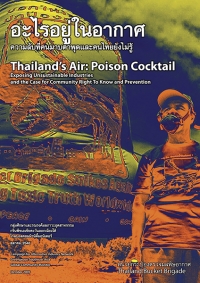 This report gives fresh evidence that the proposed ‘Community Right To Know Law’ and the ‘National Pollutant Release and Transfer Registers (PRTR) System’ are essentially needed along with better environmental monitoring and direct involvement of affected communities in environmental decision-making with the aim to achieve environmental justice and sustainable society. 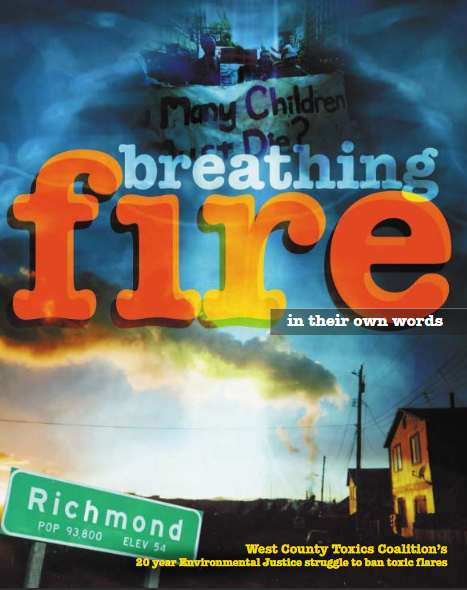 In the early 1940’s, Richmond, California, became a large hub for shipbuilding as part of the World War II effort. Thousands of African Americans from the South migrated to Richmond to take advantage of the jobs and opportunity. Many settled along the less inhabited areas of the region, mainly near the fencelines of industrial developments. The largest industry was Chevron’s Richmond refinery that occupied over 300 acres in the northeast corner of Richmond. Studies have documented the proximity of African American and people of color neighbors to industrial pollution sources in Richmond. 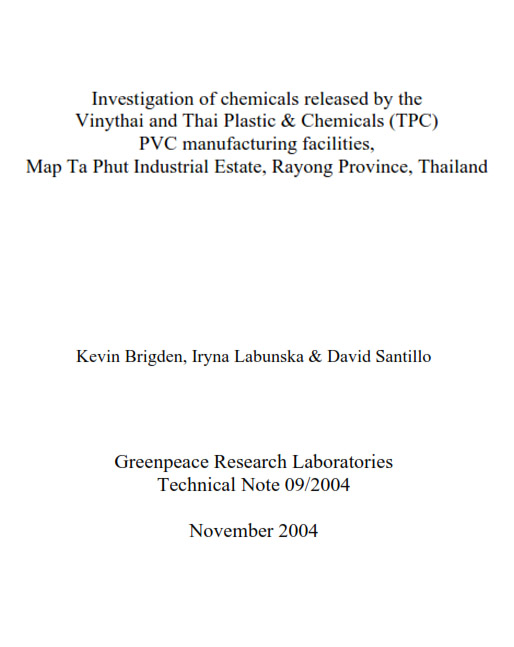 Vinythai and Thai Plastic & Chemicals (TPC) operate separate polyvinyl chloride (PVC) manufacturing facilities within the Map Ta Phut Industrial Estate, in Rayong Province, Thailand.  Canals flow through the estate and receive discharged wastewaters from many facilities prior to discharging into the Gulf of Thailand.  Both PVC manufacturing facilities discharge wastewaters to one of these canals herein referred to as the east canal.  Within the Vinythai and TPC facilities, PVC is produced as well as the raw materials used in its manufacture, namely chlorine, ethylene dichloride (EDC) and vinyl chloride monomer (VCM). 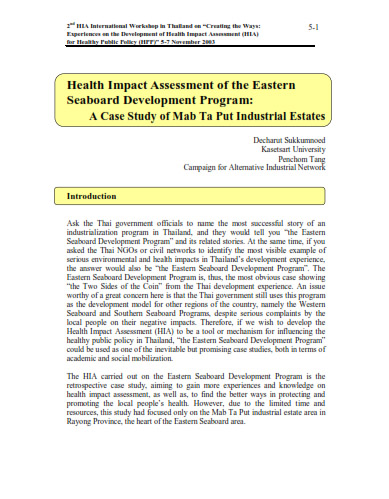 The Eastern Seaboard Development Program” is the most obvious case showing “the Two Sides of the Coin” from the Thai development experience. An issue worthy of a great concern here is that the Thai government still uses this program as the development model for other regions of the country despite serious complaints by the local people on their negative impacts. To develop the Health Impact Assessment (HIA) to be a tool or mechanism for influencing the healthy public policy in Thailand, “the Eastern Seaboard Development Program” could be used as one of the inevitable but 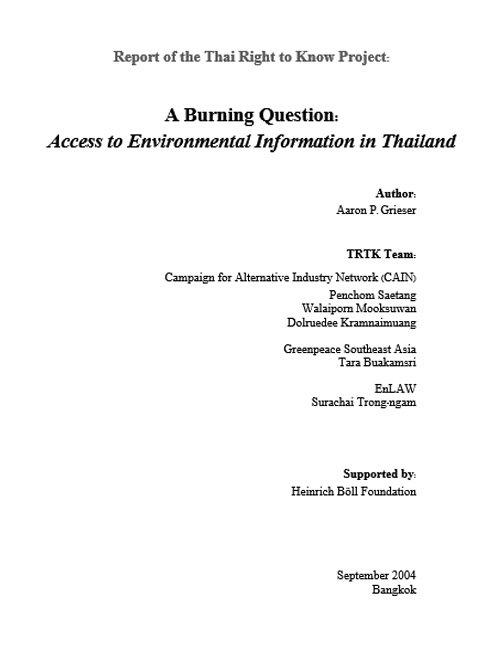 A Burning Question: Access to Environmental Information in Thailand

Citizens in Thailand usually learn about toxic emissions releases after the fact. All too often the paralyzing realization comes as the telltale signs of wildlife and vegetation loss, or ingestion-related illness. In most cases the public simply does not know of their exposure to risk. NGOs, academics and affected citizens in nearly every sector of Thai civil society acknowledge how exclusion from the knowledge-circle cripples their ability to safeguard their environment and the vitality of their communities. 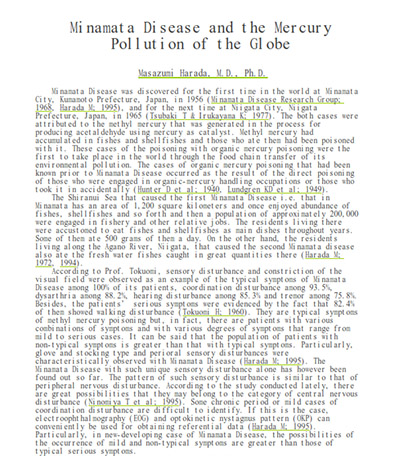 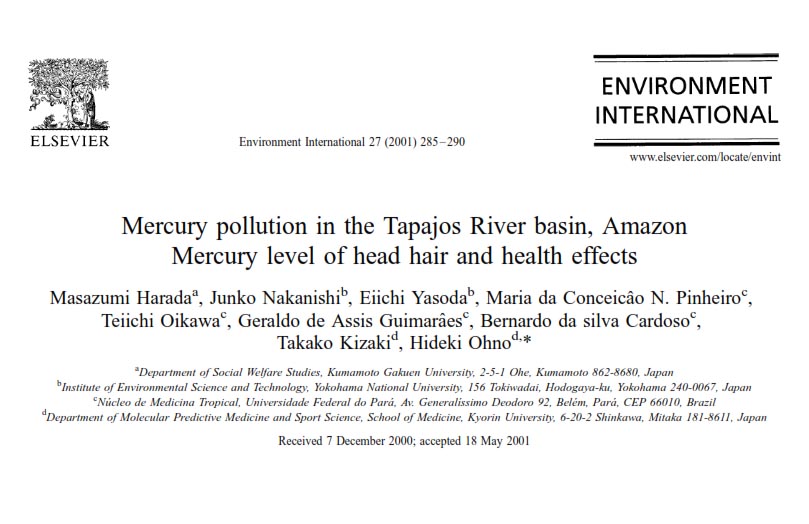