The amount of waste shipped to Thailand from around the world skyrocketed by 2,000-7,000 per cent between 2017 and this year, according to the watchdog group Earth (Ecological Alert and Recovery – Thailand).

The dramatic leap came after China decided it no longer wanted to be the world’s garbage bin and halted all imports of waste, which it had initially accepted because of the money to be made from recycling.

At a recent seminar, Earth presented the results of a study on the effects of China’s decision on Thailand. 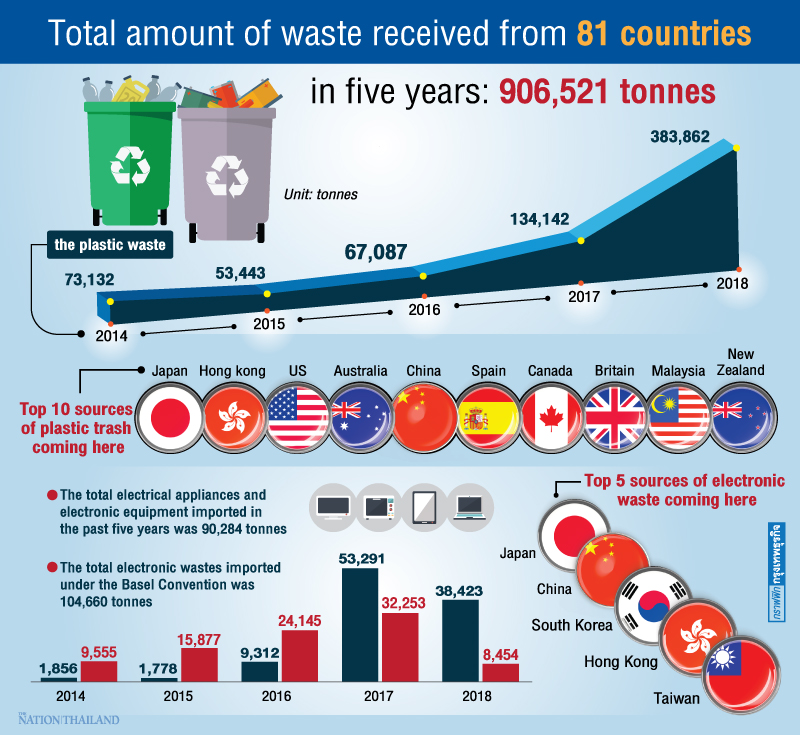 It found that, in the past five years, the import of waste from overseas for disposal or use as industrial material had expanded rapidly.

Government policy prohibits the import of electronic waste in more than 400 categories, but Earth believes the list needs clarification and a formal prohibition regarding plastic waste imports should be announced within the next two years.

It said current law is limited regarding waste control, litigation and solutions and called on the government to hasten an announcement of the prohibited-waste list and strengthen its 3Rs campaign (reduce, reuse and recycle).